Since the architectural design of the initial office and showroom for Able Jeans, the brand development faced massive growth. Zoom Industries developed a concept based on the contrast between the existing building and new design, consciously reflecting the brand identity of Able Jeans. The project connects two existing brick buildings which are part of Russian cultural heritage.The glass capsule and concrete slab which extends from outside into the lobby were carefully designed to respect the existing facades and natural vegetation. This permits the lobby to seamlessly mesh the two buildings together, accentuated by a scenographic staircase which branches through the different levels. To complement exterior alterations, both interior enhancements and tailor-made furniture to fit Able Jeans’ brand identity were designed. The existing grid of columns and structural beams provide the framework for the design concept. A vertical and horizontal play between shifted open & closed spaces and voids creates transparency and visual communication between departments, whilst simultaneously providing privacy where necessary. 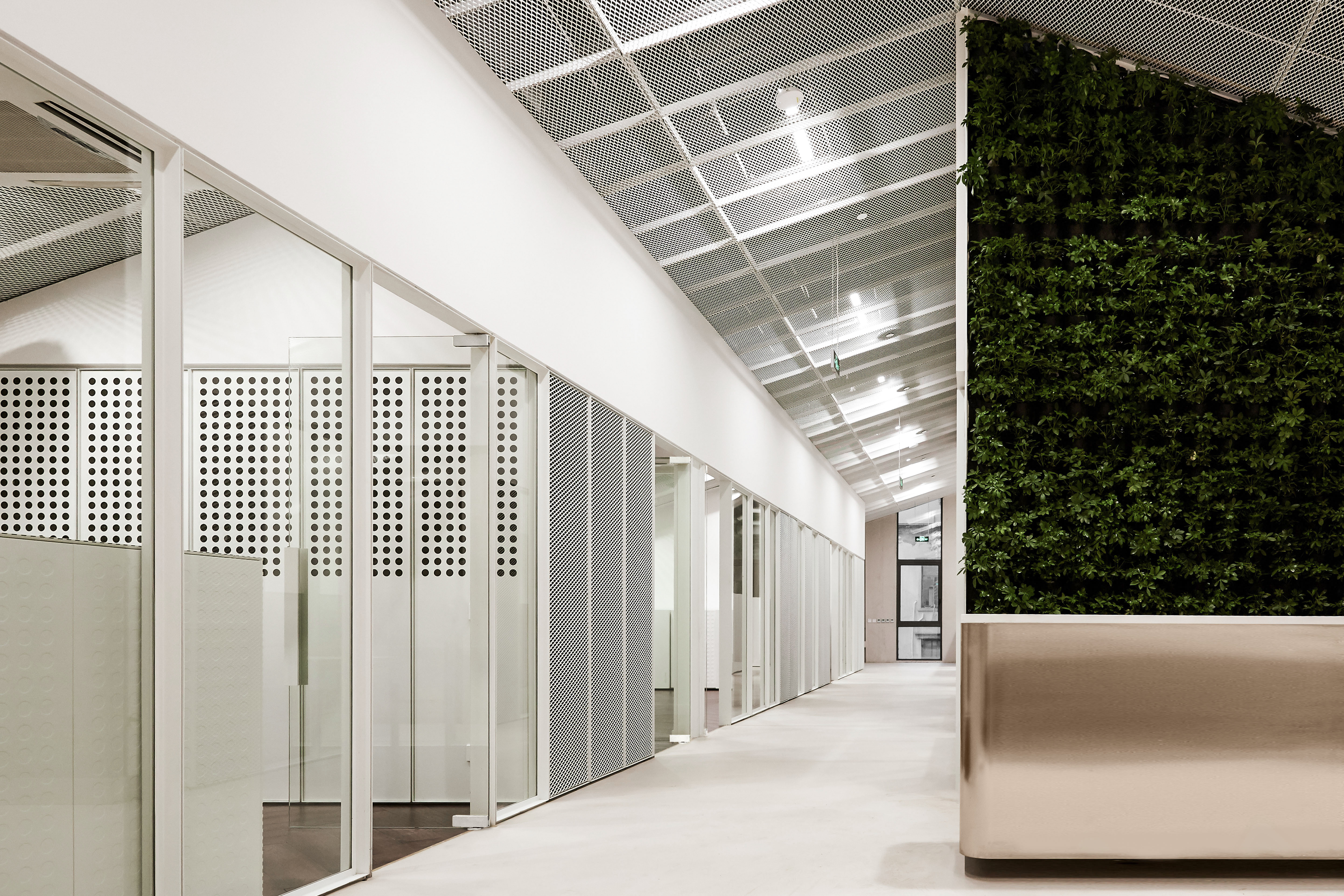 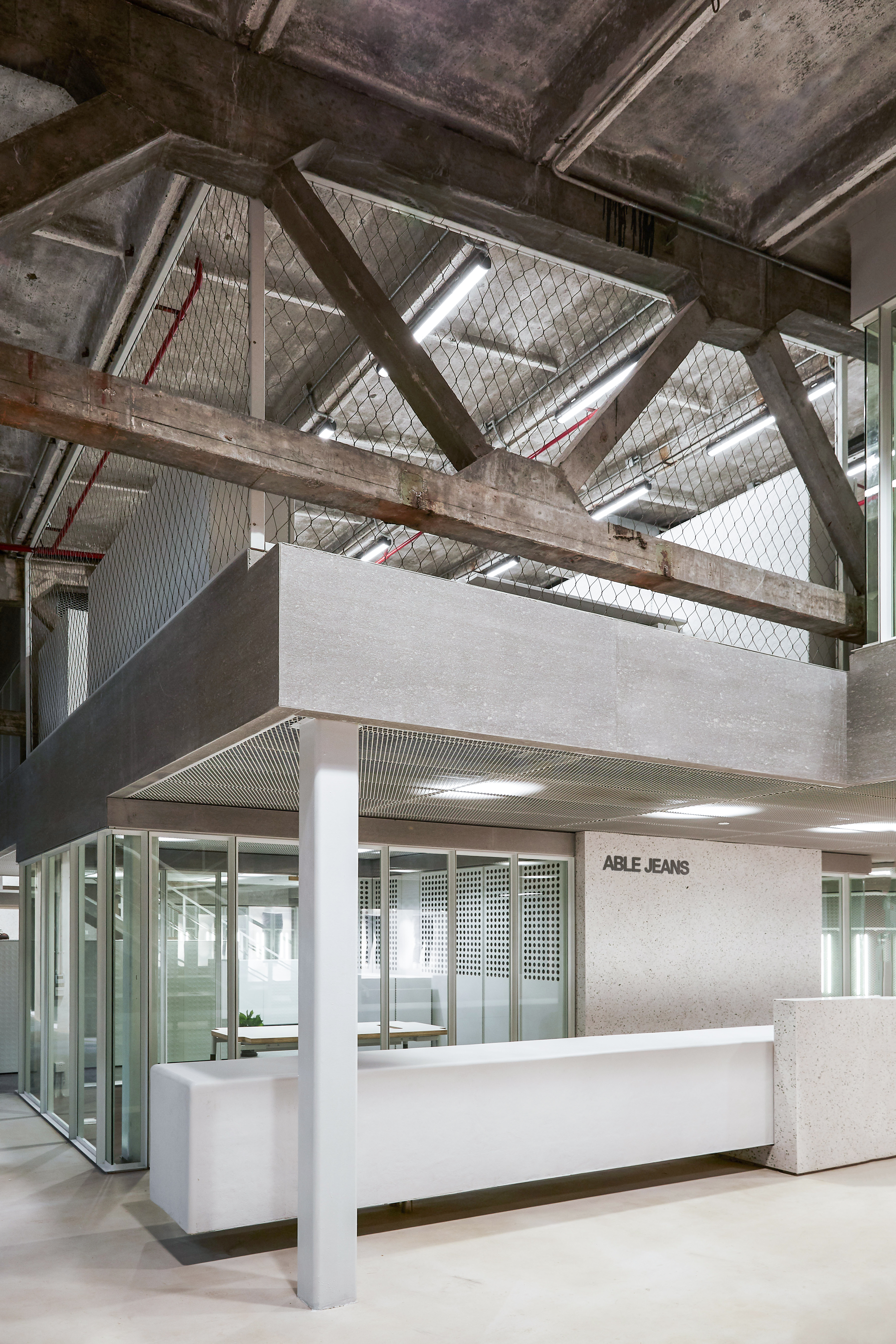 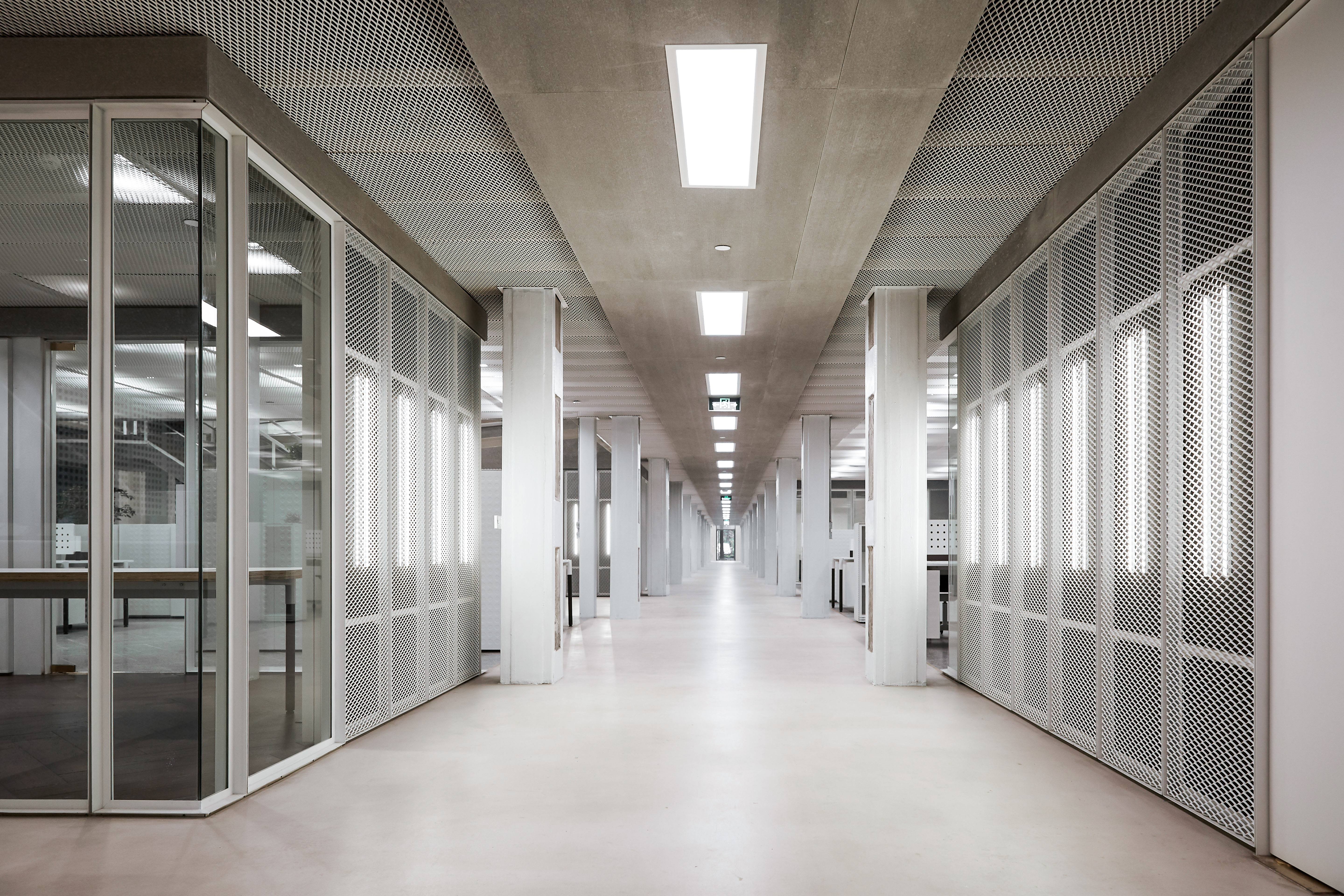 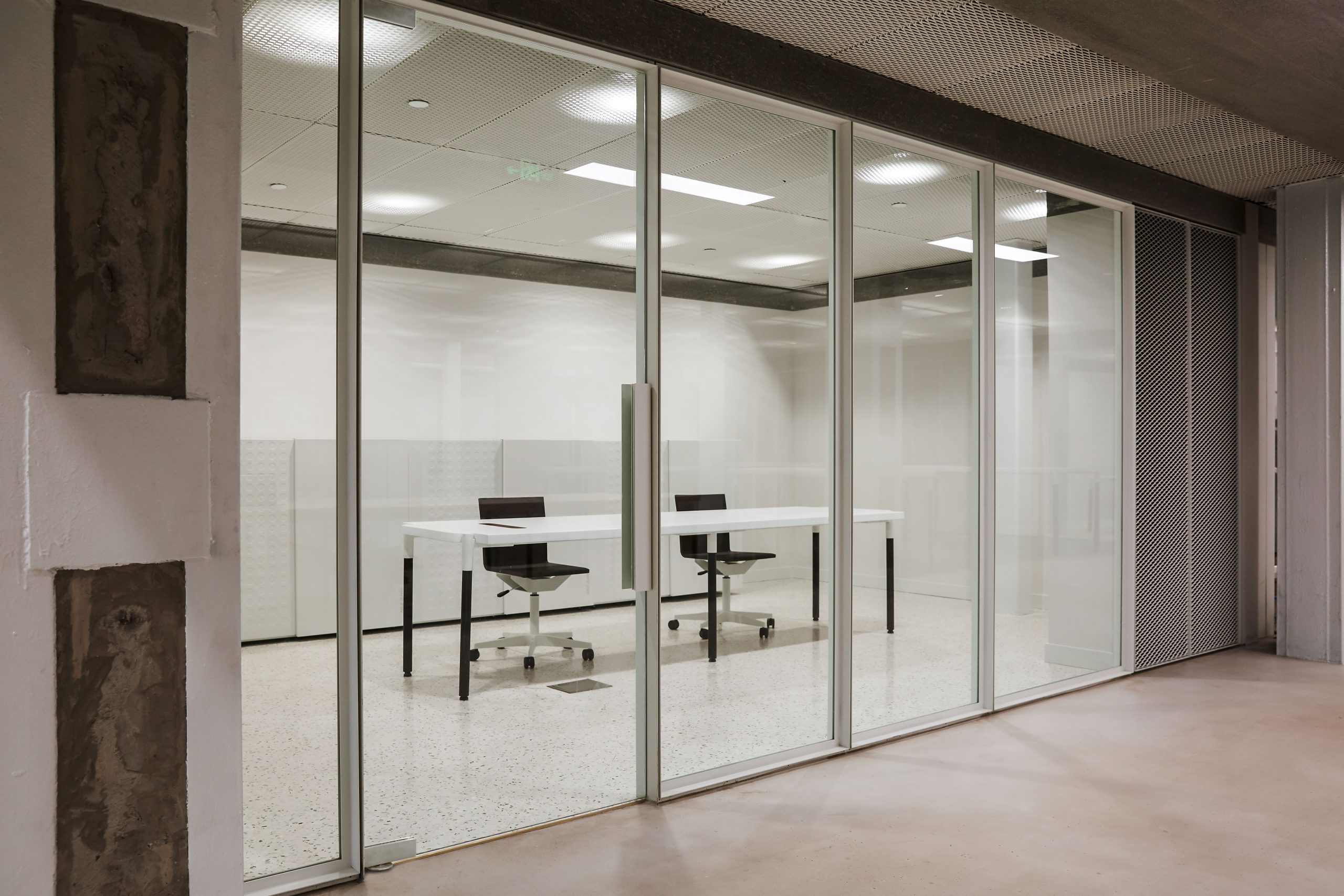 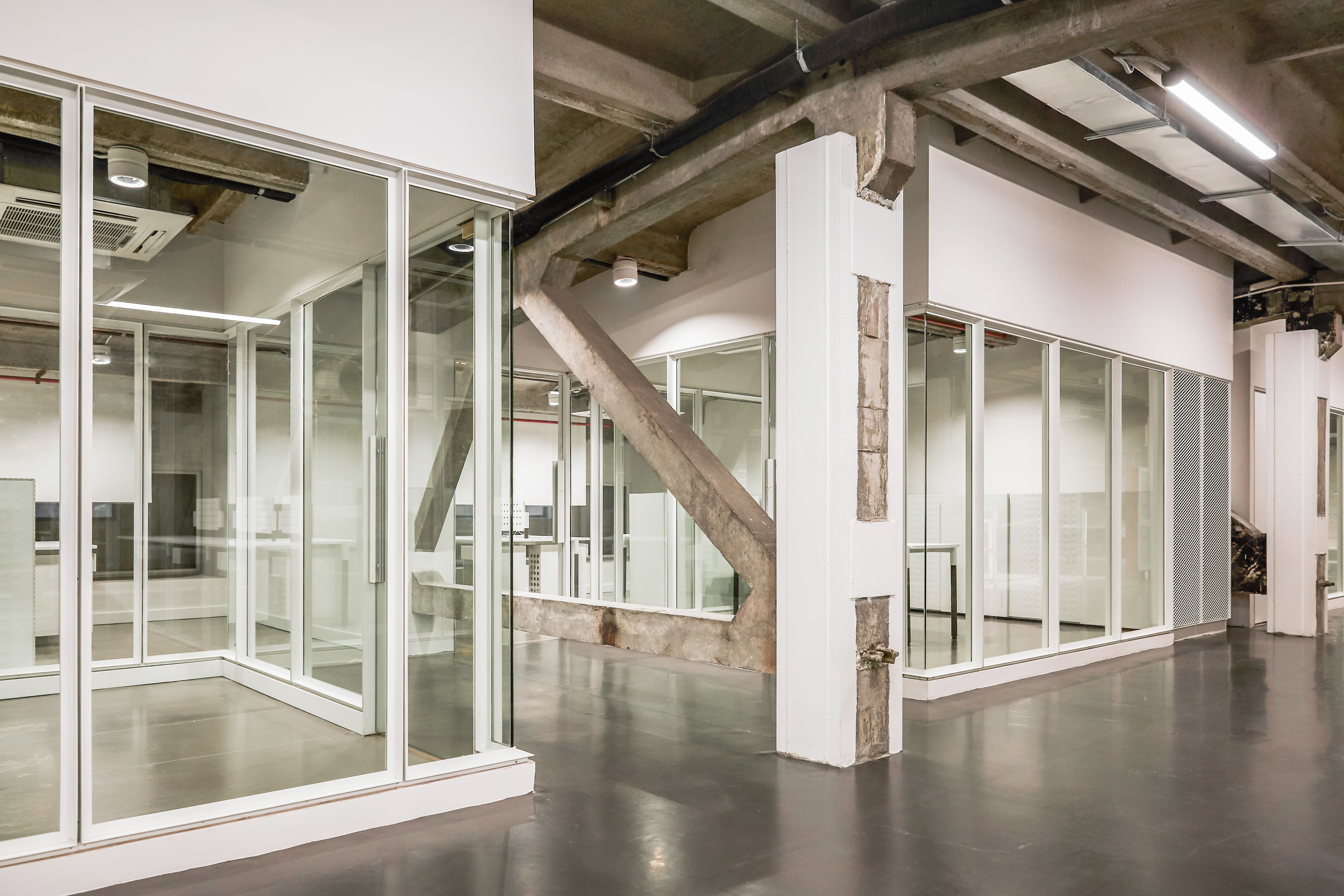 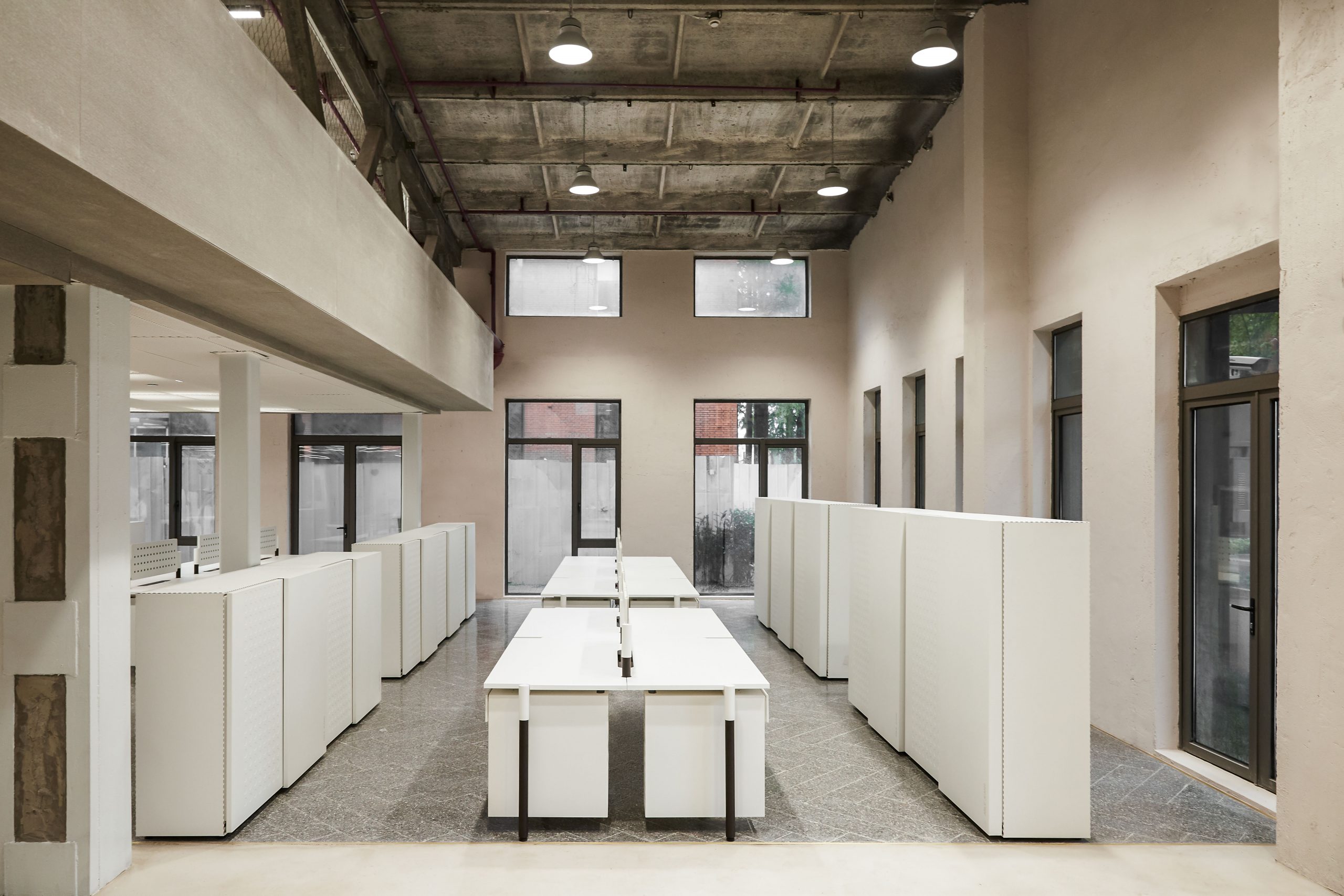 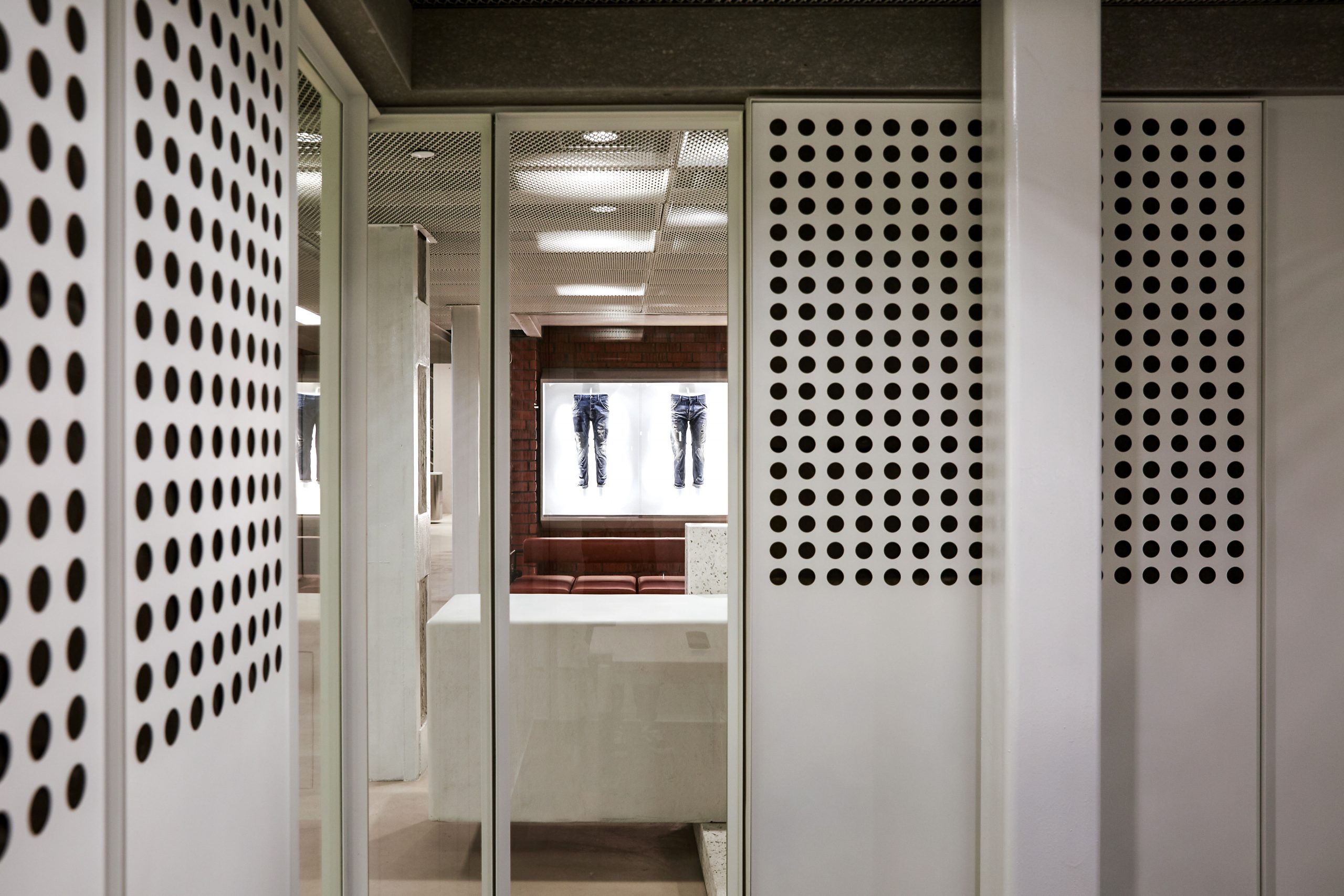